Why guppies have genital claws

Male guppies use genital claws to increase the transfer of sperm in mating,
researchers say. 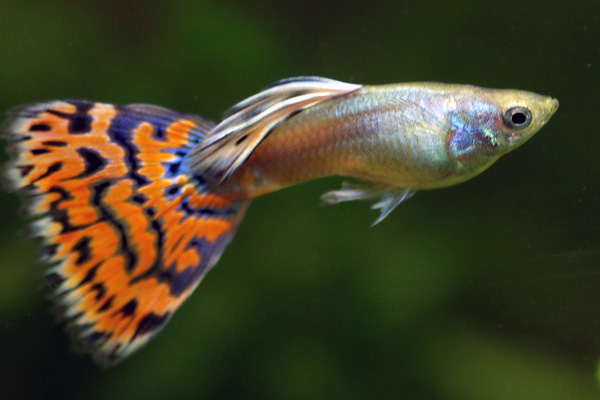 New research from evolutionary biologists at the University of Toronto
shows that the male guppy grows claws on its genitals
to make it more difficult for unreceptive females to get away during mating.

Genitalia differ greatly in animal groups,
even among similar species – so much so that even closely related species
may have very different genitalia.
The reasons for these differences are unclear but sexual conflict
between males and females may be a source, the researchers said.
Sexual conflict occurs when the fitness interests of males and females differ,
which is rooted in differences in egg and sperm sizes.
Males invest less than females in reproduction
because sperm is cheap to produce, and larger eggs are most costly to make.
This difference results in a conflict in which males are interested in mating
with as many females possible
while females are more selective with their mates.
The researchers examined the role of a pair of claws
at the tip of the gonopodium of the male guppy
(Poecilia reticulata) – essentially the fish’s penis.

“Our results show that the claws are used
to increase sperm transfer to females who are resisting matings,” said Lucia Kwan,
PhD candidate in U of T’s Department of Ecology and Evolutionary Biology
and lead author of a paper published this week in Biology Letters.

“This suggests that it has evolved to benefit males at the expense of females,
especially when their mating interests differ.” 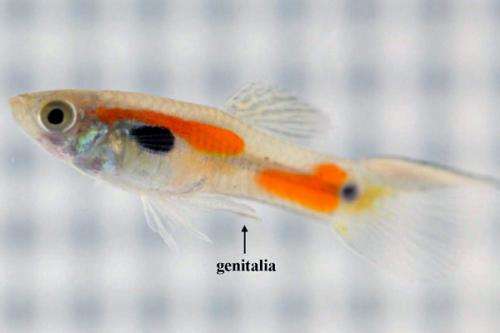 The researchers tested two ideas for the function of the claws
– one for their role in securing sperm in place at the tip of the gonopodium
just before it is inserted into the female,
the other for grasping unreceptive or resistant females
during mating to aid in sperm transfer.
For the latter, Kwan, former graduate student Yun Yun Cheng
and faculty members Helen Rodd
and Locke Rowe used a phenotypic engineering approach.
They surgically removed the pair of claws from one set of males
and compared the amount of sperm transferred by them with a group of males
who hadn’t been declawed after they had all mated
with receptive or unreceptive females.

“Clawed males transferred up to three times more sperm
to unreceptive females compared to declawed males,” said Kwan.
“The claw has evolved to benefit the males at the expense of females,
and implicates sexual conflict between the sexes
in the diversification of the genitalia in this family of fish.”
“This provides support that this important selective force
is behind an evolutionary pattern that evolutionary biologists
have been trying to unravel for over a century.”

Dedicated to the Fancy Guppy Hobby!
View all posts by Igor Dusanic →
This entry was posted in Guppies anatomy & genetics and tagged Guppies - breeding, Guppy Breeding, Why guppies have genital claws. Bookmark the permalink.
Loading Comments...