This male, when seen in person, looks like Half Black A.O.C. He appeared in the second generation of my MOSCOW mosaics! 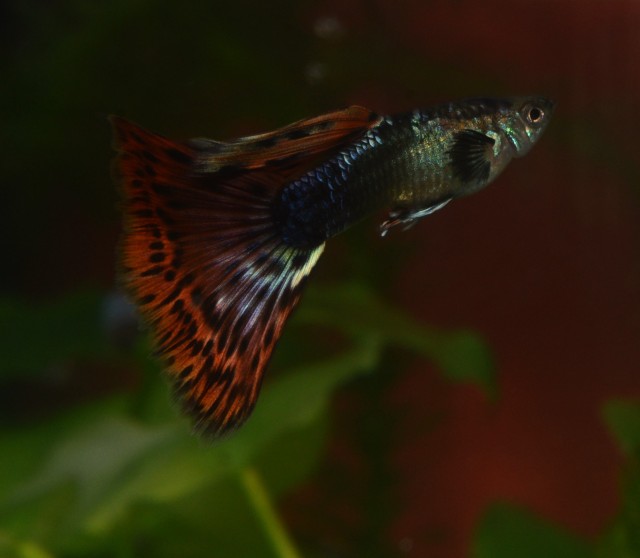 Without the extra lighting this male have dark black body color

Personally, looking at this phenotype I certainly wouldn’t guess what it was created from (its genotype).

With camera flash on

So, this can be a big problem if you ‘breed by eye’. Well, I put myself in the group of visual thinkers. When trying to accomplish establishing a new guppy variety, I set a goal of a specific trait, visual trait, which means that my ‘work’ is based on visually characteristic observations. 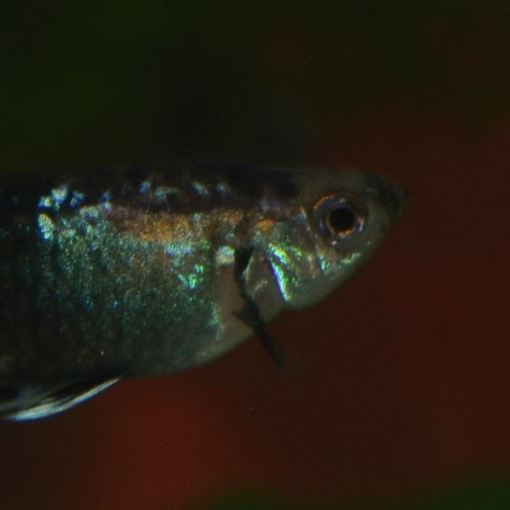 Here he swims with brothers 🙂

But, I think that knowing fish genotype play big role in creating new strains or just new lines. If we use same strains (phenotype) in crosses but from different, unrelated lines (genotype), we will achieve different results. Also, knowledge of genetics can help us to understand why we did get, or did not get the results we wanted.

Dedicated to the Fancy Guppy Hobby!
View all posts by Igor Dusanic →
This entry was posted in My Blog (by Igor D.) and tagged Guppy Cross. Bookmark the permalink.
Loading Comments...